Very much enjoying our stay in Boise, Idaho.
On Saturday I was invited to give a short performance at The Cabin, a Center for writers, readers — & performance, since the event was called: GHOSTS & PROJECTORS presents: The Poetry Speakeasy.

What Do We Eat? Why Do We Eat It? Where Does It Come From? How Do We Cook It?
While eating is the most common shared need of humankind, the great varieties of foods and cuisines serve not only our biological survival but also help to identify ourselves culturally. This course explores historical, economic, and ritual aspects of food, and looks at the role of cooking and eating in the context of the transformations of the world food system due to globalization, new technologies & migrations. Through lectures, demonstrations, films and hands-on preparation, students will learn to analyze their own food heritage while exploring local, national and international ingredients and their use. This very interactive —and tasty seminar— will also give you the basic skills to cook simple, healthy and affordable meals. You will learn knife skills, soup making, how to prepare party foods like crêpes or simple hors d’oeuvres, and how to plan menus for yourself and/or the family.

& one workshop for the English department —where Pierre is visiting writer in residence:

P P P : Practice Performance Poetry
As Jacques Roubaud writes: “Just about anything may be encountered in the guise of ‘performance poetry’: music, declamation, theatrical bits, acrobatics, ‘primal screams,’ and so on.” We will indeed explore the full range of poetry-in-action both theoretically & practically. Your active participation will be the key that will open the space for an experimental individual & collective heuristic practice.
Our workshop type class emphasis is on practice. You will be making work in class & are expected to perform it. Be prepared to be immersed in the art of the act of doing from the moment you walk into class on day one. Practice will include working on skills that will help you connect with your voice & body as the instruments they are.
Through breathing techniques, voice warm-up, light stretches you will learn to develop & expand your creative & delivery powers, to trust & stretch your performative skills.
To substantiate this practice we will investigate a range of manifestos, movements and cultural contexts from paleolithic art to today’s performance art.

Life is on a slower pace here. The weather mild & dry, people extremely kind —& surprisingly liberal, food exquisite & to give it the perfect flavor a huge Basque community —some say about 20 000! ( see pictures below) So chorizo, pimiento, lamb dishes permeate many restaurant menus!
We were graced by Jerome & Diane Rothenberg visit. They came to talk to our classes & Jerome gave a wonderful reading —Video to be uploaded soon! 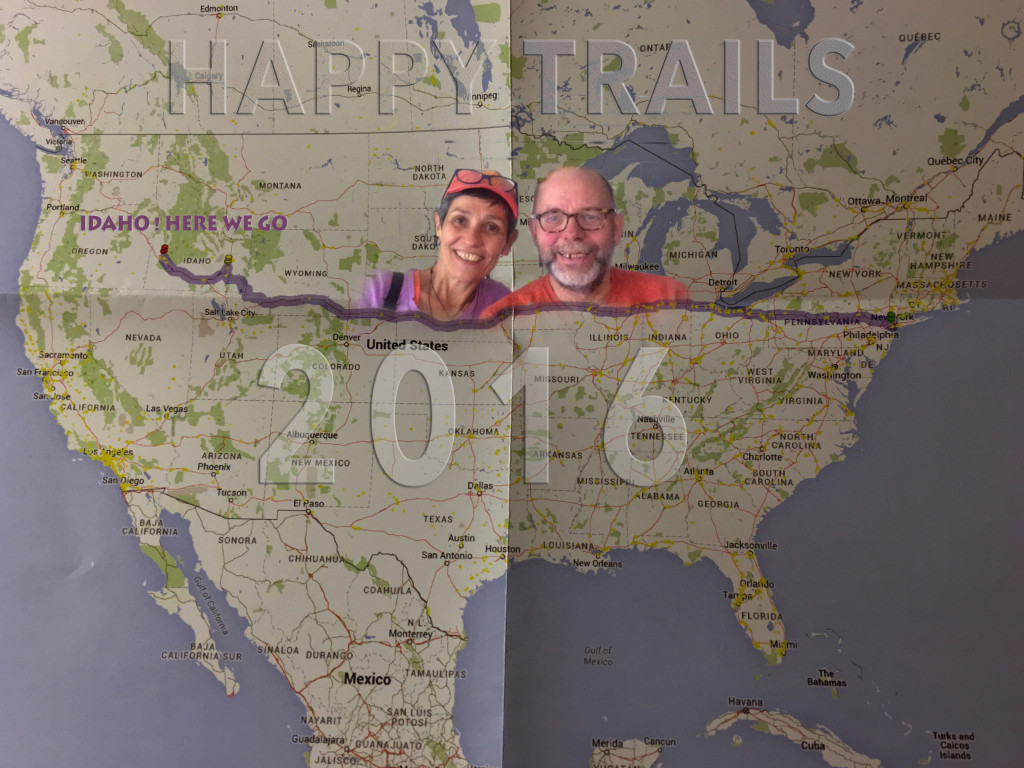 A Happy New Year to Y’all! May the force of health & creativity be with you!

Given our family’s nomadic proclivities, permit us a little résumé of ‘15 & a preview of ‘16 as we are readying ourselves to drive to Boise, ID at dawn on the New Year’s first morning. (We will therefore, sadly, not be able to take part in the 2016 annual Poetry Project Marathon readin’ & eatin’ fest for the first time in many years.)

2015 started with a late January trip for readings & performances to Israel & Palestine, that took us into February, followed in March by a trip to the West Coast, then in April we were in  Minneapolis and after a few weeks home in Bay Ridge we lit out for two months in Alt Europa, specifically the South of France: Nicole had a show of her artwork in the Galerie Edouard Paradis in Marseilles, then at the May/June cusp a literary festival “Les Eauditives” in Barjol to celebrate the publishing of the French edition of Bi-Valve by Plaine Page, followed in early June by a collaborative performance at the “Jardin des 5 sens et des Formes Premières” in Aix-en-Provence, followed in turn by readings in Paris around the marché de la Poésie.

On 30 June we landed back in Nueva York & five days later flew off to Durango, Mexico to the Encuentro Internacional de “Escritores José Revueltas,” to celebrate the publication of Pierre’s Mawqif: Poemas y ensayos (Selected poems & essays). We then happily spent the remainder of the summer here with moult visits to Coney Island beaches.

Above is a 4 minutes résumé of Nicole & Pierre’s summer

Pierre would fly off to Paris & Luxembourg in early September to get to work on the first of his shows as resident author of the Luxembourg National Theater— a show that premiered in early late October to excellent notices form the Luxembourg media. Meanwhile Nicole had also returned to Europe & we both did readings and talks at the University of Mulhouse, and in late October a joint reading in Toulouse under the aegis of our good friend Serge Pey. It was fun once again reading in the Cave Poésie a place we had worked in many years earlier.

Nicole had already spent a few weeks in October in Luchon in pre-production of Things Fall Where They Lie a film she then shot during the first ten days of November: an amazing, tiring, inspiring experience with Nicole as director & Pierre as gofer & an excellent team including Steve Dalachinsky & Yuko Otomo, Eric Sarner and Katalin Pataki as protagonists and crew including Asa Westcott, Zia Anger,  Agnès Mathon, Jean-Louis Peyrafitte & in co production with Ecran Sud. While Nicole stayed in Luchon for an extra week to wrap things up, Pierre went off to Paris to be interviewed for a film on Osip Mandelstam & Paul Celan & was thus in that City on Friday 13. We flew back to New York on the 22nd. Also in 2015 Nicole had great the opportunity to perform with Michael Bisio, Connie Crothers, Steve Swell, Jason Hwang, Trio Erms, Denis Brun, Armoire Normande, Yoshiko Chuma. And we are now preparing our 4-months move to Boise Idaho.

2016 Preview:  At BSU Nicole will be teaching two courses, on on food and culture called What Do We Eat? Why Do We Eat It? Where Does It Come From? How Do We Cook It? & another one: Poetry Perfromance Practice, while Pierre teaches a grad seminar on poetry & poetics. We have already done out best to surround us with friends: in early February Jerry & Diane Rothenberg will be coming in to go to both our seminars & for Jerry to do a talk & reading; in late March Habib Tengour will come in from Paris for a 2-day conference Pierre is organizing around Arab literature & translation (More details t..b.a.).

While Nicole will be off to the Coast at some point for performance & readings, Pierre will be doing a talk & reading at the U of Oklahoma in March or April. We will both be performing at The New Orleans Poetry Festival on April 16.

Meanwhile, son Miles, who finished his first feature film, As You Are, in November, on which his brother Joseph is producer & post-production editor, had the film accepted at the Sundance Festival in the US drama section competition. We will drive down to Park City from Boise to witness the premiere on January 25. 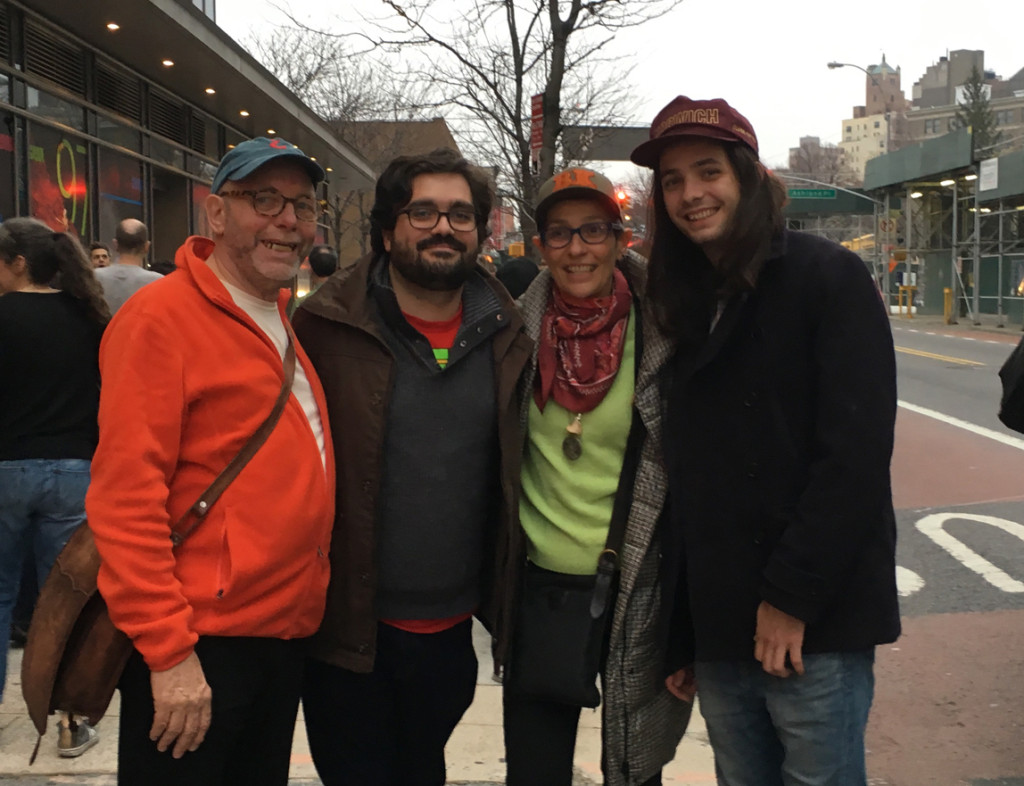 During the first week of May we will drive back (the Northern route through the Dakotas) to Nueva York, where after 10 days or so we’ll switch suitcases and then Pierre will be off to Luxembourg for work on the second play, a 3-act drama, that will premiere at the LNT on 14 June, while Nicole will wing it to Luchon where she has a one month one-woman show of her art plus performances June1-30. Après, on verra… Home in Bay Ridge would, we are sure, feel very, very welocme by then. dreaming of Coney Island beaches…

Don’t worry, the car has been perfectly winterized, fitted out with 4 brand-new Michelin all-weather tires. We will of course keep you updated on the various twists our paths will take in 2016. We are planning to give updates of the road trip on Facebook/Blogs/Instagram….follow us!

Ta’wil Productions invites you to the screening of Miles Joris-Peyrafitte new short film “AS A FRIEND” at the Williamsburg Independent Film Festival Saturday Nov 22 8:30PM.