It is time to brush up on our Latin, celebrate the month of May & eat fava beans!
According to Ovid the origin name May, could derives from maiores –the elders. The ritual he describes in the Fasti’s book V –transcribed and translated below– certainly supports it. 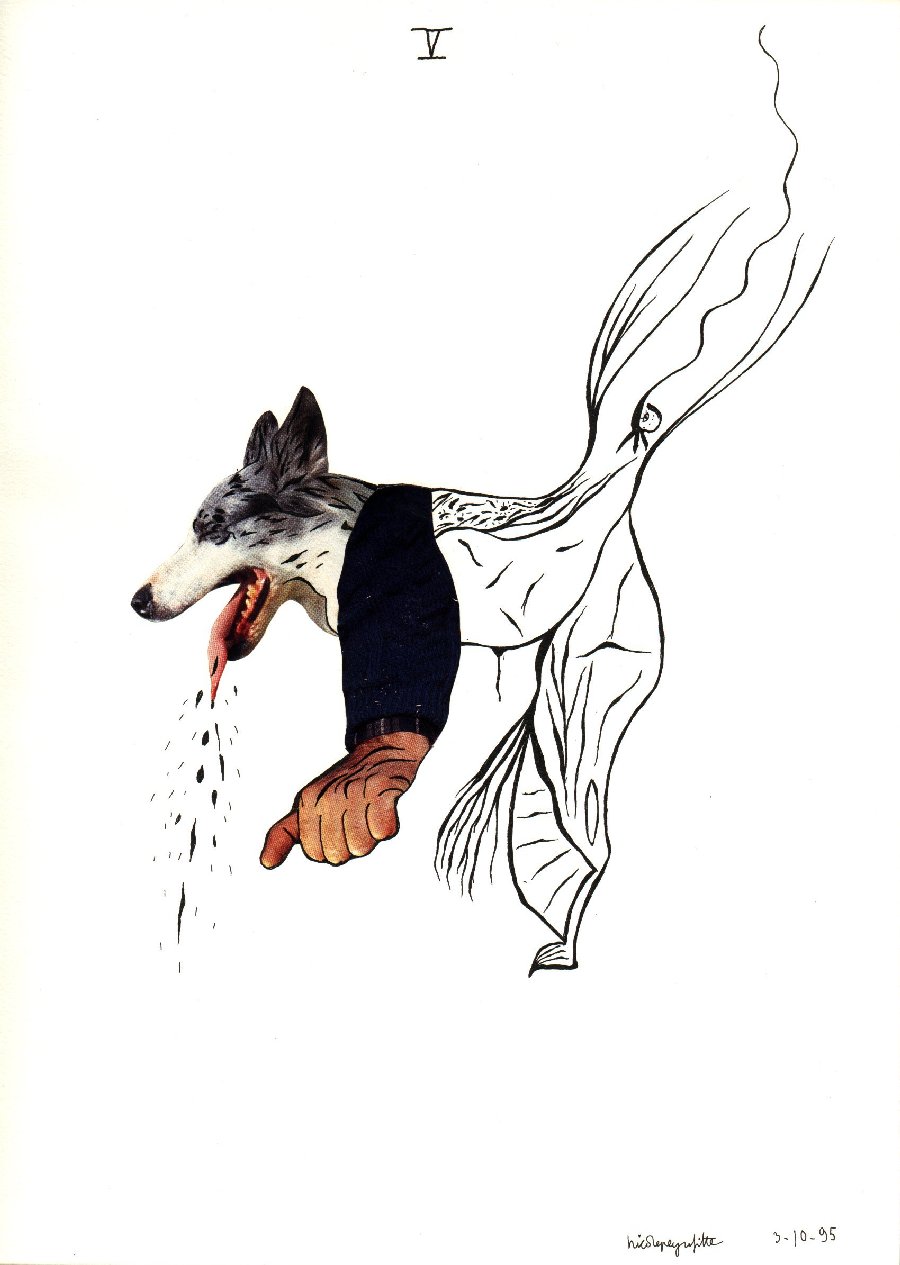 “Once his hands were cleansed with spring water, he turned around and took the black fava beans. While throwing them one by one behind his back he says: ‘I offer these fava beans, with them I redeem myself and my people.’
He says it nine times without turning around. Meanwhile, without being seen, the shadow is supposed to collect the fava beans. Then he touches the spring water and rings the Témésa bronze. Now he commands the shadow to live the house. For that he will say nine times: ‘ Out, manes of my fathers‘”.

The drawing/collage above titled V (May) is part of a series of 12 drawings-collages developed into a performance piece: “The Calendar”, I premiered in 1997. The performance consisted of a computer projection of an animated version of the drawings and the singing of texts accompanied by musicians. For the first six months Ovid’s Fasti primarily inspired the texts. In this case directly connected to the rituals Ovid describes in Liber V (verses 419-445) cited above.

Next post will be a simple recipe of fresh fava beans. Happy May!