We sure started the year “en fanfare”…that is: not so discretely! Our new year’s eve  adventures started at 6:30pm for hors d’oeuvres & cocktails at the house of good friends. Thanks god I passed on the very tempting Campari martinis and settled for white white.  The tasty and nurturing Zabar’s appetizers (great chicken liver paté), provided the healthy layer for the boisterous night to come!
Next stop was Pocha 32 —32th street in Manhattan— a quite exotic Korean drinking establishment decorated with fish nets and soju bottle caps. Soju is the Korean national drink. The main ingredient of soju is rice, almost always in combination with other ingredients such as wheat, barley, or sweet potatoes. Soju is clear-colored and typically varies in alcohol content from 10% to 25% proof. It was first known to have been distilled around 1300 A.D and believed to have been brought over to Korea by the Mongol invasion.  I have  a serious problems with Soju:  I have a tendency of drinking it at the same pace as wine and forgetting the alcohol content! 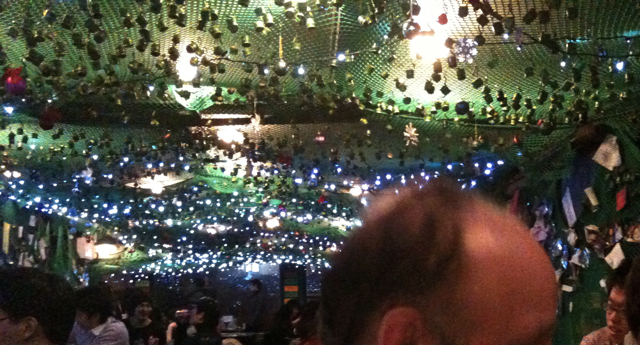 Expertly counseled by our daughter in law we also tasted a very refreshing —and treacherous— beverage: Mak Gul Li (막걸리). This traditional fermented, unfiltered & milky looking liquor is brought to the table in a tin tea kettle and served in bowls. We tried two kinds: one was made with rice and the other  with millet. The rice one looked, and tasted, like carbonated fermented sweet rice milk. The intense yellow/green millet one was a touch more bitter, richer with a more complex finish.

What can be better than spicy tripe and octopus dishes to enhance these potions? Maybe more soup? I got a taste of the fish cake soup (어묵탕), then came Seafood Pah jun (해물파전), spicy stir fried tripes (소곱창 볶음) , followed by spicy baby octopus with pork belly (쭈꾸미 삼겹살 볶음). Overall the food was decent but as I was in a party mood I might have missed some subtleties—though I did noticed the horrible mushy over cooked rice!

After a few hours of jolly time at Pocha, we felt the need to move and one of us had heard of a rooftop bar next near by. We had no trouble finding it and that is were we comfortably settled to toast the new year. The 14th Floor Roof Top bar of the La Quinta Hotel looks up to the Empire State Building —for which I wrote and recorded the French audio tour, and last I heard it is still on! To our surprise the place was not crowded at all but boasted the kind of eclectic bunch of people  only New York City can bring together. So it was with a motley crew of Puertoricans, Mexicans, Filipinos, Koreans, Japanese, French, Germans —and even a young man from Luxembourg,  to Pierre’s astonishment! — that we celebrated well into the night with bubbly clear fermented grape!

It was hard to wake up the next day,  and our stomachs felt a little unsettled, but we showed up right on time to set up my crêpes station at St. Mark Church for the 36th Annual Marathon Reading. Pierre read first and didn’t get my act together to film him —sorry!— The crêpes got sold out pretty quickly. It was really nice to have blog readers stop by say hello —Merci! The place was packed through out the day and despite much of my time spent in the back I got to listen to some very nice reading and music. Voilà! and let’s start the year with a touch of  Gascon language: 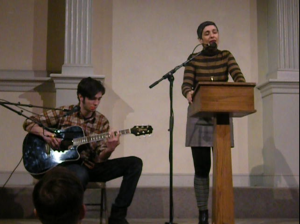 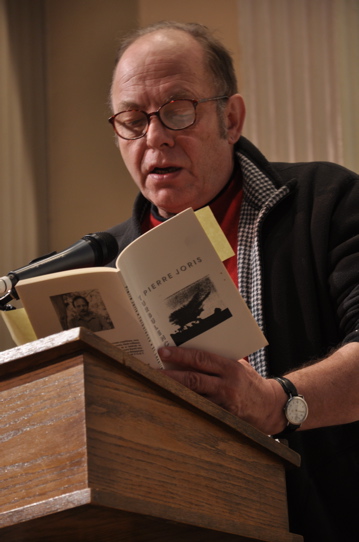 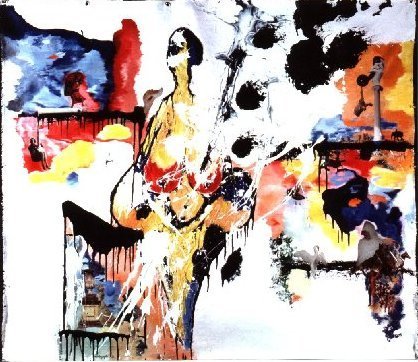