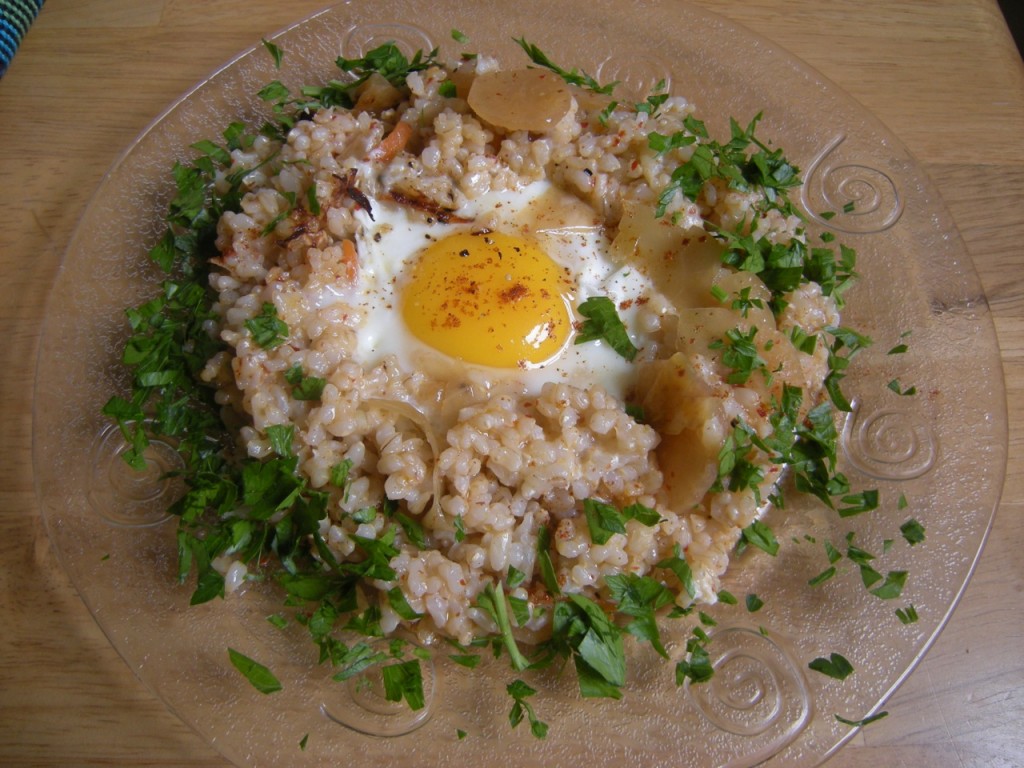 More eggs, more rice & more good fast food today. I had very little time to cook but was craving comfy food after being Momyger for the weekend. When Miles (my younger son), gets to work as an actor I become half mom, half manager, that’s what a Momyger is! I am learning a lot about the job, thanks to the coaching  of Joseph (my older son). Miles’ latest role took us to Upstate New York, around the Poukheepsie area, for the shoot of some promo scenes of an horror movie called Muttnick by William Szarka. Miles (Joris-Peyrafitte) plays Muttnick a 17 year old boy who has been raised with dogs —and like one of them— until age 5. He has been rescued by Sam (D.J Hazard) whose life mission is to hunt down and kill people harming animal gratuitously. You can see more pix of the shoot here. Warning: some are bloody, so refrain if you are sensitive to gore. I never watch horror movies, I don’t like them at all, but I have to say, to observe the shoot was a lot of fun. It is amazing & often funny, to get to see the tricks that makes horror “looks real”.
So after a lot of fake blood, a lot of mosquitoes, a lot of driving, a lot of sandwiches (especially  for Miles who had to eat  about 10 of them for one scene!), too many danishes and way too much coffee, I got home Monday lunch time craving a tasty, comfy home cooked meal. The fridge  looked very  bare when I opened it. There was still 1 cup of cooked brown rice leftover from 5 days ago (good thing that it takes a while for cooked rice to go bad), the end of a kimchee jar, a couple of eggs and parsley. I could have made another version of Om-Riz, but what would I blog about! I opted for what I could call a Korean style fried rice and I  called it “Egg Nest”.  Another very fast, cheap and satisfying dish.

Recipe
1 Tbsp of olive oil
about 1 cup of cooked brown rice
about 1/4 cup kimchee (I like Sunja’s natural kimchee, very flavorful and no MSG unlike many others)
1 egg (room temperature)
1/3 cup chopped parsley 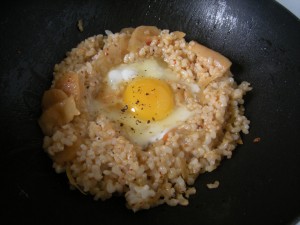 The “egg nest” in the pan

In a wok heat the olive oil. Add the rice and the kimchee under high heat. Make sure the mixture doesn’t stick in the pan. Let it fry for a few minutes.
Lower the heat under the wok. Make a well in the middle of the rice and add one whole egg delicately (see picture above). Cook  the egg until done to your liking.
Personally I like to make the bottom get a little bit crunchy, a sort of bottom crust.
Now comes the tricky moment —a non stick pan will make this procedure easier, but it is manageable  in the wok if you are careful— make sure you slightly loosen the bottom of your mixture with a spatula. Slide the all thing onto a plate. Sprinkle with paprika garnish with plenty chopped parsley.
Voilà! To wrap up there is a few pix of the shoot. We had a great time, and I must say crew and actors worked super hard. I hope this turns into a feature because they sure deserve it. Good luck guys! 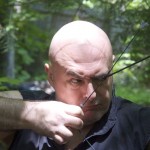 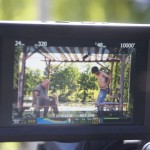 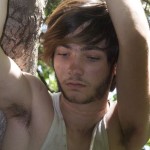 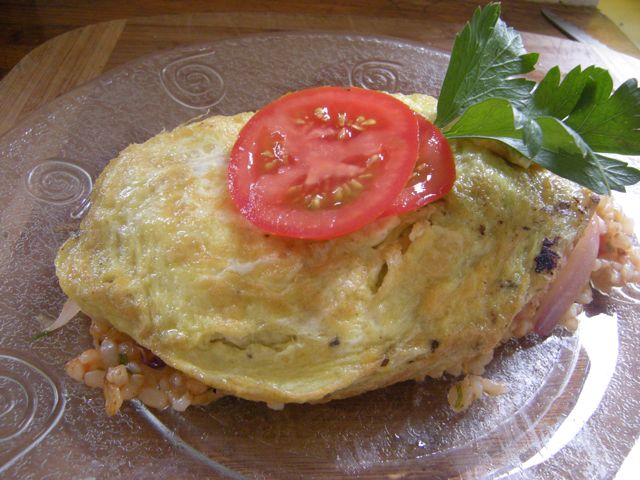 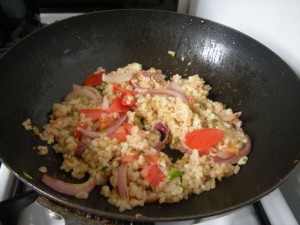 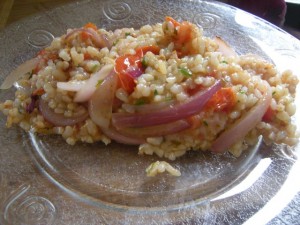 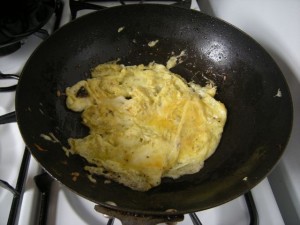