The party is over! 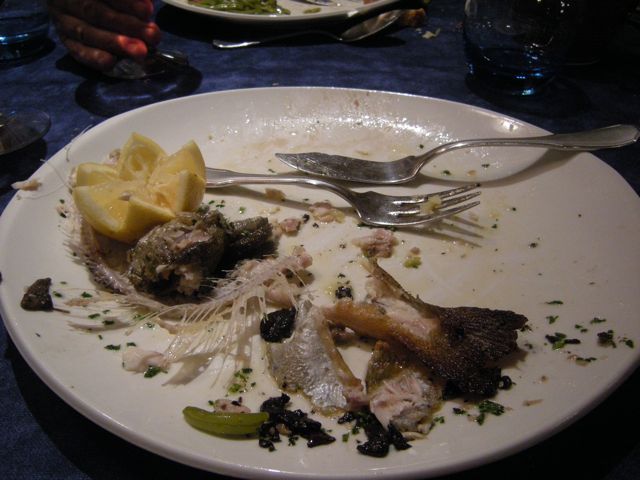 The party is over in the Pyrenees, we will return home tomorrow. I will post a few more things about my trip, but with much regrets it will be from New York State. Miles and I have to return early as Miles is being called to finish Muttnik.
Today we had our last concert in Peyragudes and I will post a few pix and videos later. We had a blast and after the concert  as we had a drink at our favorite watering hole, “le Faisant Doré,” one of my brother’s friend paid me the funniest comment ever: “How come you speak English wich such a perfect accent and French with such a  thick one!”. Yeah! go figure!

Anyhow, 2 days ago Pierre decided to go back to Bourg d’Oueil early after a day in Luchon to be able to stop for dinner at the Sapin Fleuri. We had a marvelous meal full of remiscences for me. This is what we had:

Potage de Légumes (both of us)
vegetable soup

Our wine was a simple clean & chilled Saumur Champigny (Cabernet Franc). This was a lovely way to say good by to Bourg d’Oueil. The Ramequin where definitely a wink to my grandfather’s version called “Le Ramequin Poste et Golf” ( a light a divine crust less quiche, remind me to give you the recipe. It will make a great low-cal brunch item). My father always said : Jeannot Toucouère (father and co-owner of the Sapin Fleuri) was one of the best cook they had at my family restaurant. The hotel-restaurant is now run by Jeannot (father) Olivier (son) & Sylvie (Olivier’s wife) and I even saw Adrien (their 3 year old son) helping out super efficiently in the kitchen! They are all very dear to me and eating there is always an emotional moment. I will have a last glass of wine and then close down the suitcase for tomorow early call. Can’ wait to be back!

0 thoughts on “The party is over!”