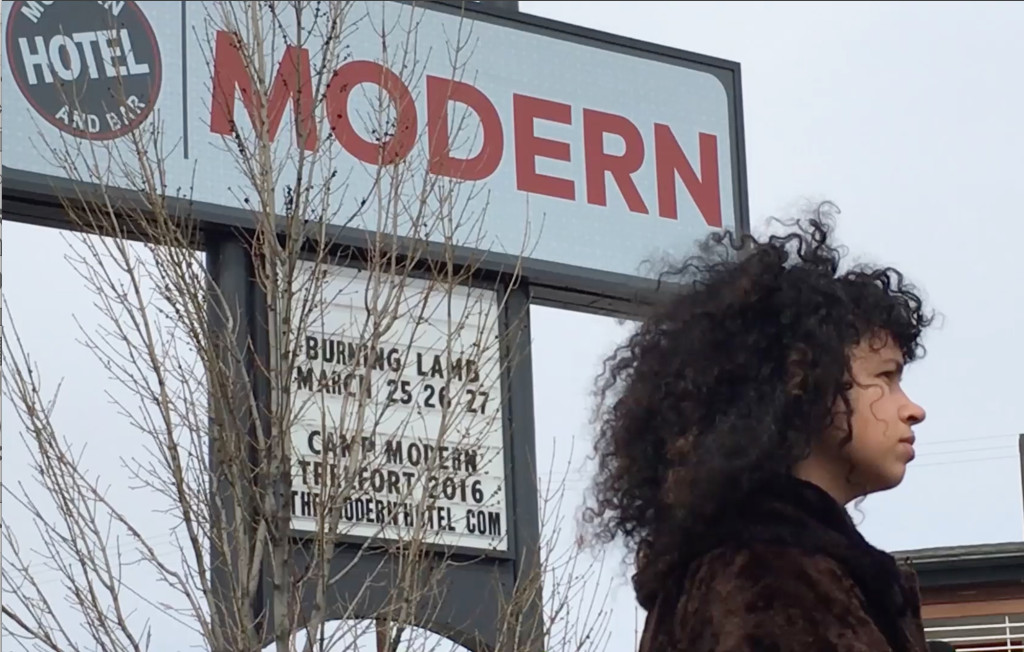 Are you for real? Or will I find out one day I was dreaming? Many things have charmed me about you & just to name a few: the kindness of your people, the basques, who have a special place in my heart, your dry & mild winter, your mountains, your deserts, the variety & quality of your state grown food — & I am not talking of the potatoes —,  your foodcoop, your restaurants, your cleanliness…& now your Treefort Festival!?

I love you, Boise!

It’s spring break & I was looking forward to stay put here in Boise & catch up with my pile of to do’s. But the Treefort in in town! The five-day, indie rock festival started in 2012. Today the emphasis is still on the music with about 400 bands playing from Thursday through Sunday, while another full schedule of events organized in “Forts” happens simultaneously. I attended FilmFort, FoodFort & StoryFort. This is what Treefort says about itself & I witnessed it:

We see Treefort as a celebration what makes Boise great – whether it’s Boise’s local breweries, homegrown food, skatepark, lively downtown core or simply its strong spirit of collaboration and love of the outdoors. Boise has something for everyone, no matter their age, and we hope that Treefort is an example of that.
In 2015, Treefort was named the City of Boise’s Cultural Ambassador for being an event that genuinely reflects the energy across mediums that is happening in the Boise community and cultural scene, and for the vision of connecting Boise and its creatives with other communities around the region, the country and around the world. The Cultural Ambassador title runs through 2017.

Private venues take advantage of the Treefort momentum to organise events of their own. On Saturday afternoon, as I was heading to the Foodfort to taste some of the local chefs’ dishes, Basque friends tell me that whole lambs are being roasted outside The Modern Hotel. Not surprising, since the owner is Basque & her family owned a Basque boarding house accommodating shepherds in Nampa, ID. “The Modern” is one of Boise’s artsy cultural hubs where locals gather at the bar for cocktails & tasty morsels. I rushed to the Modern & there the scene was unreal. On both sides of Grove Street Band Dialogue III was rehearsing. This recurring event, led by Seth Olinsky, features a dozen bands with their respective instrumental kits lined up &  generating shifting walls of sound…& next to it a lamb was quietly being roasted, hand cranked by the helpers of the Ansotegui’s Family. Watch the video to get a sense of the scene & hear about the Ansotegui’s family history & recipes. I hope to visit them soon again at Epi’s Restaurant in Meridien.

& now for the sake of keeping record, this is the list of what I did:
Wednesday March 23 :
Filmfort
Idaho’s Forgotten War : great doc about the Kootenay people. In 1974, tribe leader Amy Trice declares & wins war on the United States government to save her people. Then stayed on for the screenings of Funnel, SMOKE + Q&A, Carbon + Q&A

Thursday March 24
Filmfort :
Outstanding  afternoon of screenings. Different genres but totally inspiring works & Q&A
A Band Called Death  Q&A + Skype discussion with filmmakers
Everyone in Between
Genderations
The last two docs must be shown widely to get great insights & understanding of the —hopefully soon to be dead— gender labelizations.
Music:
Wolvserpent, Mamiffer, Chelsea Wolve (the last one was my favorite)

Friday March 25
FoodFort:
Grains in the Gem State :  Panel about new grains being grown in Idaho, Teff being one of them (can’t wait to try KIBROM’S, the local Ethiopian & Eritrean restaurant.) 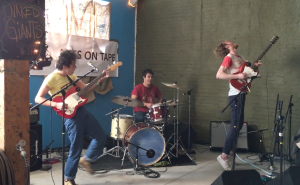 Music:
Naked Giants: Very talented & very young boys band from Seattle that really cracked me up —felt very nostalgic for the Skinnybones years! (Jake Williams & our son Miles Joris-Peyrafitte band from a few years back)
Filmfort:
Janis: Little Girl Blue (which Pierre, the old hippie, liked more than I did.) 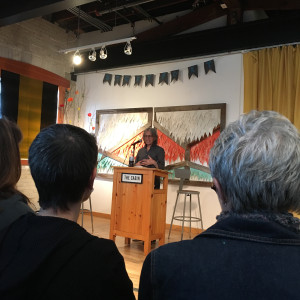 Saturday Mach 26
StoryFort:
Eileen Myles:  loved the activating & sharp reading & Q&A.
MixedFort: (I made that one up!)
Basque Lamb & Bands: see Burning Lamb & Bands
Music
Would have liked to hear CocoRosie but was sold out.
So back to more of the Naked Giants, followed by Dude York featuring — what I liked best about the band, bassist/vocalist Claire England.
Sunday March 27
StoryFort:
As soon as I post this I will be heading to Paige Ackerson-Keely, Kerri Webster & Janet Holmes readings & then back on track to teach tomorrow!