[Nicole Peyrafitte’s move from the French Pyrenees to the United States came in 1987, and from California to New York in the 1990s. She has emerged in the new millennium as a multifaceted collagist, painter, singer & multi-media performer, and in her newest incarnation as a poet/verbal artist who moves readily between two worlds & languages. The following, then, is in recognition of my own witnessing to that career & life & to the energies behind it. (J.R.)] 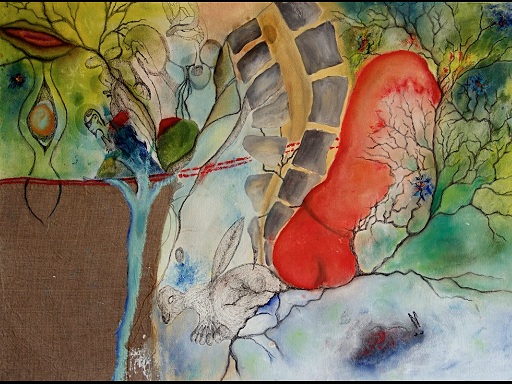