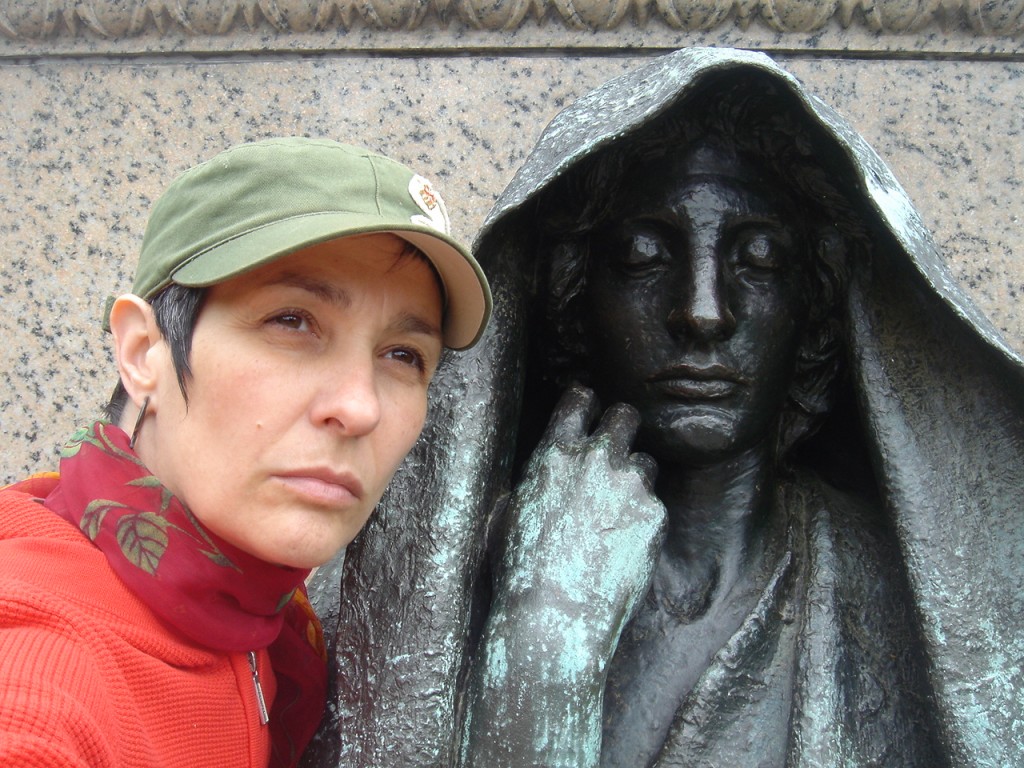 The Adam’s memorial, Rock Creek Cemetery, Washington, D.C.
This sculpture was commissioned by Henry Adams who asked Saint-Gaudens to create a memorial for his wife, Clover Adam, who had taken her own life .

Those who have been following both my blog & facebook postings, might remember  the various references I make on Augustus Saint Gaudens.

Augustus Saint Gaudens was born in 1848 in Dublin, Ireland and died in 1907 in Cornish, New-Hampshire. The reason I got involved in this project is because Augustus’ father, Bernard, was born in Aspet in 1816. Aspet is a village 28 miles away from my home town. In 2005 I was approached by Françoise Sarradet, a Saint Gaudens’ aficionados from Aspet who was then president of the French Association “Les Amis d’Augustus Saint-Gaudens”, to create a performance to celebrated the 100th anniversary of  the sculptor’s death in 2007. The goal was to generate more awareness about the sculptor local origins and to preserve that memory. It is important to note here that Augustus Saint Gaudens was never well known in France. So, showing how famous he was in the United States and bridging the local connection was the goal of this first performance. 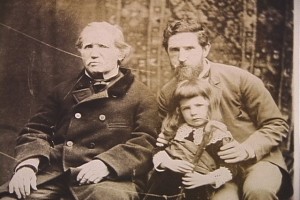 Over the years several projects have developed, but I feel that the real meaning of  this quest revealed itself while I was working on developing a script for a documentary about his life. I realized that I was not only interested in showing the artist’s oeuvre and his incredibly successful interaction with the art world of the time, but more by “walking in their shoes”. I found out that Augustus’ father, was a serious radical hanging out at Pfaff’s Tavern with Whitman, Clemenceau, Mark Twain to name a few. I was also made aware that there was not one piece of public art in New York when the Saint Gaudens’ family arrived in the city in 1848! So by shadowing their life I re/discovered the country where I live today (NYC/USA) and the place where I come from (the Pyrenees). I found their past in my present , and my present in their past.  I am also an immigrant and generating a “dynamic” memory that can be inscribed in our becoming became essential and exciting. 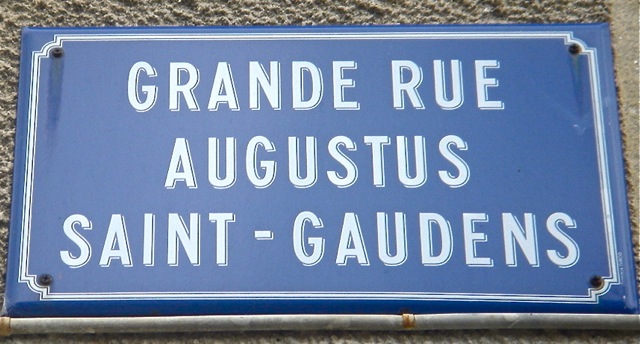 -The show “Augustus Saint Gaudens returns to His Fatherland” was performed in Aspet in 2007 & in Luchon in 2008. Both shows featured the incredible French baritone Jean Ribet & my son Miles Joris-Peyrafitte as the best stage manager. The Conseil Général de la Haute-Garonne funded partially this project along with several local sponsors. The two short videos below are live excerpts from the 2007 show. We had a lot of fun and I cooked a pretty unusual “saupiquet” that was fed to the audience at the end of the show. I will talk more about this recipe in the future.

Jean Ribet sings “Arrenoulat” (the swallow). Song  in Gascon written by André Bouery (1821 – 1879) a contemporary of Bernard Saint Gaudens. Arrenoulat is the —almost lost— anthem of the village of Aspet. 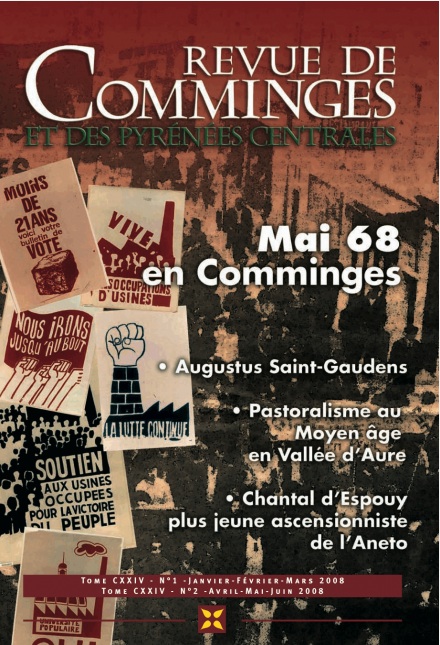 -In 2009 Yoan Rumeau asked me to write an extensive article in the scholarly history bi-annual La Revue de Comminges. I did and for this project I am in debt to my husband Pierre Joris for his editing.

-In April 2010 I presented an illustrated conference for the ACF (U.N French Cultural Association). Thank you to Françoise Bevy & Mme Françoise Cestac. Madame Cestac has a big fan of Augustus Saint Gaudens work for years.

-Then, last May, I completed the script for a documentary for now called: “Une En/quête- Collectages sur la Vie et l’Oeuvre Augustus Saint Gaudens”. This was certainly the most painful piece of work I have done so far on this project or at the matter fact on any other.  I never gotten so close to being fried & eaten live! As my therapist said in the thick of it: “Nicole, this is the graduate program!” I learned a lot about the movie business, script writing,  how to deal with undermining colleagues, and got the best  workout on self confidence. So with the support of my husband, my family & great friends I pulled through!  Needless to say that at this point I will pursue this project until it makes it on the screen weather I’ll get it done this life or next!

-The  latest component I am working on is a website gathering all the info regarding my projects on Augustus. For now it is in French,  an English version will be added sooner or later. So for now go brush up on your French @ : 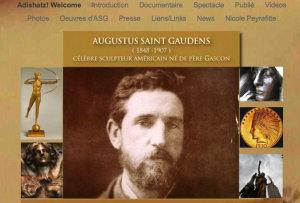 There is a long list of people to thank and they know who they are. Though I want to mention a few institutions that trusted me enough to share their resources and passion for Augustus Saint Gaudens & without whom I couldn’t have even begin:

Henry Duffy, Gregory Schwartz & the staff at the Saint Gaudens National Historic Site
Thayer Tolles at the Metropolitan Museum
The librarians at The Rauner Special Libary at Dartmouth College
Marie-Laure Pellan at the  Musée de Saint Gaudens
Les Amis d’Augustus Saint-Gaudens —their past & present president & members.
I really need to mention my parents Jean & Renée Peyrafitte who are the first who shared their passion for Augustus Saint Gaudens.