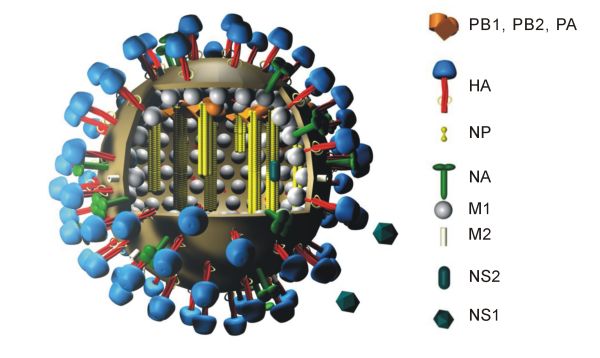 Thanks to COMFOOD, the listserve of the organization Community Food Security Coalition,  I could learn more about the Swine Flu issue. The mass media community is having such a ball playing with the scare levels that the real info gets buried if given at all.
An insightful discussion on the COMFOOD list mentioned the blog Biosurveillance.  This blog is operated by Veratect a company describing themselves as :
“Veratect provides the earliest detection of emerging threats to human, animal and plant life while empowering corporations, government organizations, NGOs and global citizens with trusted, timely and actionable information”.
They have been praised in their field for providing the very first alerts regarding the Swine Flu Epidemic. The abstract below is from their regularly updated comprehensive timeline. I would think it is a good source to keep at hand during this unfortunate outbreak.

Veratect reported local health officials declared a health alert due to a respiratory disease outbreak in La Gloria, Perote Municipality, Veracruz State, Mexico.  Sources characterized the event as a “strange” outbreak of acute respiratory infection, which led to bronchial pneumonia in some pediatric cases. According to a local resident, symptoms included fever, severe cough, and large amounts of phlegm. Health officials recorded 400 cases that sought medical treatment in the last week in La Gloria, which has a population of 3,000; officials indicated that 60% of the town’s population (approximately 1,800 cases) has been affected. No precise timeframe was provided, but sources reported that a local official had been seeking health assistance for the town since February.

Residents claimed that three pediatric cases, all under two years of age, died from the outbreak. However, health officials stated that there was no direct link between the pediatric deaths and the outbreak; they stated the three fatal cases were “isolated” and “not related” to each other.

Residents believed the outbreak had been caused by contamination from pig breeding farms located in the area. They believed that the farms, operated by Granjas Carroll, polluted the atmosphere and local water bodies, which in turn led to the disease outbreak. According to residents, the company denied responsibility for the outbreak and attributed the cases to “flu.” However, a municipal health official stated that preliminary investigations indicated that the disease vector was a type of fly that reproduces in pig waste and that the outbreak was linked to the pig farms. It was unclear whether health officials had identified a suspected pathogen responsible for this outbreak.

And to be crystal clear, the way we used this information was to simply flag an event as worthy of closer scrutiny and higher awareness, as there was absolutely no proof of true involvement of this company in the outbreak- a proper epidemiological investigation is required to prove such links.*

Local health officials had implemented several control measures in response to the outbreak. A health cordon was established around La Gloria. Officials launched a spraying and cleaning operation that targeted the fly suspected to be the disease vector. State health officials also implemented a vaccination campaign against influenza, although sources noted physicians ruled out influenza as the cause of the outbreak. Finally, officials announced an epidemiological investigation that focused on any cases exhibiting symptoms since 10 March.

This information was available in our web portal to all clients, including CDC and multiple US state and local public health authorities.

We do know, after checking our web site logs, that the Pan American Health Organization, the WHO Regional Office of the Americas, accessed this specific report in our system on April 10th and again on April 11th.

*in blue are the most recent updates.

And as my friend Jacques would say: keep smiling! By the way Jacques, your scientific expertise and knowledge would be appreciated if you have any comments.