The culinary & healing possibilities of cabbage are endless, and they are not a new trend!
The Greeks and Romans were using cabbage mainly as medicine rather than food. Greek doctors like Hippocrates (who lived circa 460 BC. and is considered the father of medicine ), and Roman doctors like Pliny the Elder praised cabbage very highly. Hippocrates recommended cabbage for kidney diseases, dysentery as well as increasing the amount of milk in nursing mothers. Pliny, who lived in the first century AD and wrote a 37-volume Natural History mentions cabbage as an ingredient in 87 remedies. 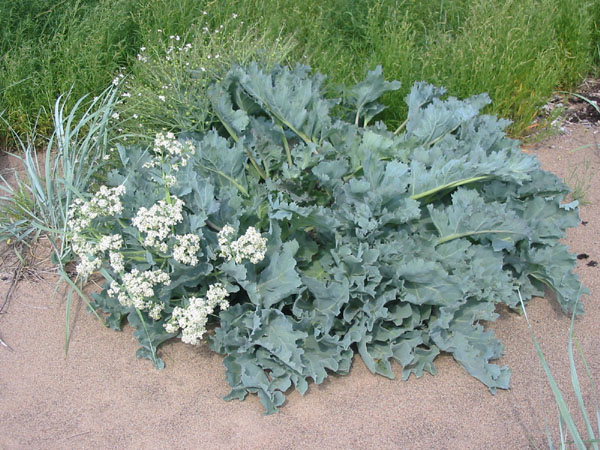 The ancestor of our cabbage is believed to be what is called today sea kale (crambe maritima) also called “wild cabbage” or “sea cabbage.” It resembles a loose-leafed cabbage with an extensive core bearing very small leaves. This theory can be supported by the findings of Judith Hiatt in her book Cabbage: Cures To Cuisine; she suggests that cabbage didn’t form a head until after the time of Charlemagne, i.e. the 9th century AD. Until then it was more like kale and collards. Cabbage, broccoli, cauliflower, Brussels sprouts, collards, kale, kohlrabi belong to the same specie, Brassica oleracea. The different plants evolved by encouraging the development of elements already present in the original plant.

“Medicinal workings of cabbage rely on the balance of all its nutrients and the way they interact with each other in the body,” says Judith Hiatt. Cabbage contains vitamins A, B-1, 2, 6, C, K, U and very valuable minerals such as phosphorus, magnesium, potassium, iron, calcium. One cup of raw shredded cabbage contains 43 mg of vitamin C, or 100% of the RDA for children. In the 80s the virtues of cabbage and its family were finally being rediscovered by the medical scientists. An article published in 1982 analyzes the result of studies which show that cabbage and its related family could prevent certain kinds of cancer:

“The committee believes that there is sufficient epidemiological evidence to suggest that consumption of certain vegetables, especially carotene-rich (i.e., dark green and deep yellow) vegetables and cruciferous vegetables (e.g., cabbage, broccoli, cauliflower, and Brussels sprouts), is associated with a reduction in the incidence of cancer at several sites in humans. A number of non nutritive compounds that are present in these vegetables also inhibit carcinogenesis in laboratory animals.” (extract of a study compiled by the National Academy of Sciences entitled Diet, Nutrition and Cancer. 1982. National Academy Press, Washington DC)

I personally do use cabbage as a medicine often. For burns, I immediately slightly crush a leaf of cabbage take the core off and roll the leaf around the burnt area, attach it with kitchen string if possible. It relieves the pain and heals the burn really fast. At the beginning change the leaf often, you will notice that the leaf does absorbs the heat. I have wrapped cabbage leaves around my neck when I had sore throat or around limbs for rashes. Now, that might become trendy to walk into your office or job with cabbage around your neck!

The benefits of cabbage can most of all be experienced through our every day diet & there is so many different ways of eating cabbage and related members of its family.
As the first of a series of cabbage recipe I choose an American favorite: Cole slaw . Cole slaw came into the New World with the Dutch settlers and was then known as Kool Sla, meaning cabbage salad in Dutch. It is important to note that for maximum health benefits, cabbage should be eaten raw as vitamins C and U do not survive the heat. So voilà for today and stay tuned for my incredible Cabbage Roll with Ginkgo nuts recipe! 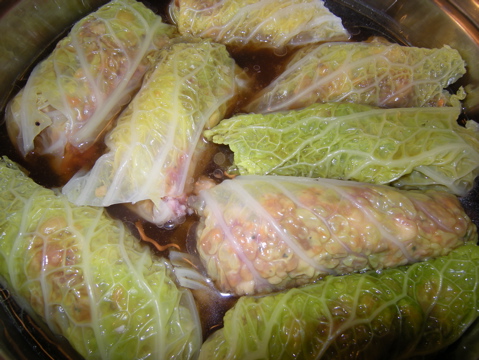