Will any of them help change the way we eat? I sure hope so but do not have too much hope. What is sure is that we can CHOOSE what we eat and even during times when money is tight it is important to still go for less but better. Anyhow Michael Pollan says it all in this interview; please do pass this interview around, we got to put pressure on the first family to have them grow an organic veggie garden at the White House. And if I were them I would have a few chickens and couple of goats! 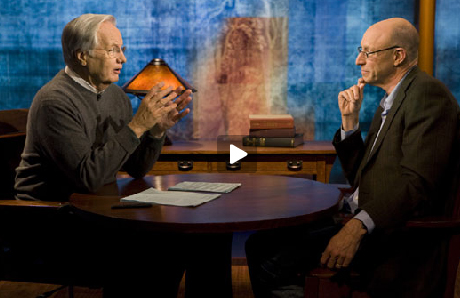 “In case you missed it, Bill Moyers did an hour on food issues with me this past weekend. You would have heard about it last week, but the list-serve was down– sorrry. Anyway, you can catch it on Moyers’ website. Here’s the link and listing:” (Michael Pollan)

“Changing the Way We Eat”, Bill Moyers Journal, PBS.
November 28, 2008
A food crisis plagues America. Or, so believe Michael Pollan and many activists across the U.S. Some might find it difficult to comprehend that one of the richest countries in the world suffering from food issues, but MichaelPollan lays out what ails America and the case for reform in “Farmer in Chief” an open letter published in THE NEW YORK TIMES MAGAZINE.
http://www.pbs.org/moyers/journal/11282008/profile2.html
(or click on picture above)
Events mailing list
[email protected]
http://lists.michaelpollan.com/mailman/listinfo/events_lists.michaelpollan.com